Traffic improvements are now under construction to improve the commute near the Walter Reed National Military Medical Center in Bethesda.

The projects were developed by a partnership of Federal, State, and County officials working in close coordination with the BRAC Implementation Committee – a panel of local community stakeholders appointed by County Executive Ike Leggett in March 2007.

Under the leadership of chair John Carmen, the BRAC Implementation Committee advocated for a comprehensive package of improvements to bus service and carpooling, bike trails and pedestrian connections, and improvements to local intersections. The Committee’s work led to results. The Navy has implemented policies to encourage its personnel to choose transit and other ways to get to work, rather than driving single occupancy vehicles. The County recently completed construction of sidewalks and multi-use bicycle/pedestrian paths along Cedar Lane, Jones Bridge Road, Rockville Pike, and Battery Lane. Finally, with the leadership of Congressman Chris Van Hollen and Senators Barbara Mikulski and Ben Cardin, funding was secured for the remaining critical projects.

These construction projects include:

Local residents and commuters to the area around Walter Reed, NIH and downtown Bethesda can follow the progress of the projects by visiting www.montgomerycountymd.gov/BRAC. Commuters to the area should expect mid-day lane closures and plan accordingly.

Their original mandate completed, members of the BRAC Implementation Committee met on February 21 to explore a new role under the auspices of the Western Montgomery County Citizens Advisory Board. The new Committee will continue to monitor the final design and construction of the transportation projects and help support the mission of Walter Reed to care four our wounded warriors. The Committee meeting is scheduled for April 17, 2012 at 7:30 pm at the Bethesda-Chevy Chase Regional Services Center. 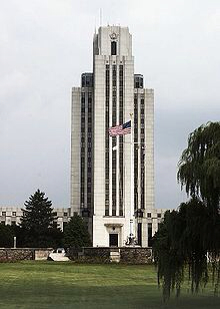